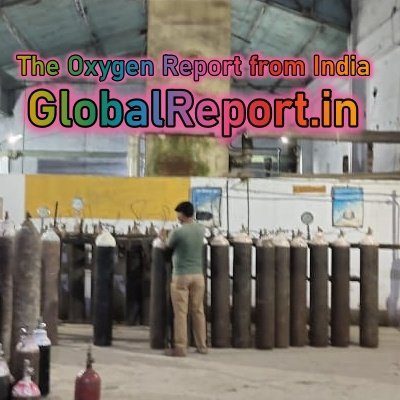 friend this is intresting read on avaliablity of oxygen gas, gas cylinders and its related accessories along with full demand and supply data from all across the country and also has coverage of major oxygen gas manufacturers and distributors, do read full article for in deapth info.

sicne second week of last month things started turning around, oxygen gas, gas cylindrs, and related accessories become a major sensation, everyone and everybody wanted a set of the same even there was no need. contact numbers of manufacturers and distributors became viral and eventually got switched off. there was no problem with them but situation became out of handle, updated a reputed gas distributor, getting a 1000+ quries on varios nubmers crashed the system.” it is not possible to hand over a oxygen cylinder to everyone among a population of 130 + corers people, told a source, he als added that handling and cylinder condition to be refilled is also very important aspect.

when oxygen cylinders got short, cylinders for various other gases were tried to be converted into o2 cylinders which can further worsen the situation. today situation is that there no dreath of oxygen gas but gas cylinders,gas cylinder valves, fa valve or rotameter, spanner and masks and oxygen concetrators are out of stock as production was limited due a certain very specific demand, today attempts are being made everywhere to ramp up infrastructure and improve production.

The need of oxygen ?

One of the biggest lessons learnt from the first wave was that oxygen therapy helps patients with moderate and severe Covid get better, and only a handful of them need a ventilator after that.

However, despite this information, the present surge in infections seems to have caught the Indian health infrastructure unawares. Almost all states, particularly in north India, are struggling with the supply of medical oxygen.

Oxygen therapy is crucial for severe Covid-19 patients with hypoxaemia — when oxygen levels in the blood are too low.

“Some clinical studies show that up to a quarter of hospitalised (Covid-19) patients require oxygen therapy and upwards to two-thirds of those in intensive care units,” this is a disease that affects lungs primarily.”

Experts have long raised the alarm about shortages of medical oxygen in India and other poor countries to treat pneumonia, the world’s biggest preventable infectious killer of children under five.

Experts say the vast nation of 1.3 billion people is producing enough oxygen — just over 7,000 tonnes a day. Most is for industrial use, but can be diverted for medical purposes.The bottlenecks are in transport and storage.

How medical grade oxygen is made ?

One is by liquifying air through a process called cryogenic distillation. In this method, oxygen is produced in air separation plants where the air is cooled and the oxygen is distilled based on its boiling point. Liquified air also separates into argon and nitrogen through the same method.

A third method of oxygen generation is through pressure swing absorption (PSA) plants. A PSA oxygen plant employs a technology that absorbs nitrogen from ambient air to concentrate oxygen for supply to hospitals. They operate at near-ambient temperatures and use specific adsorbent materials (that trap a substance on their surface) like zeolites, activated carbon, molecular sieves etc., to trap oxygen at high pressure.

Does India have enough oxygen ?

India has a daily production capacity of at least 7,100 tonnes of oxygen, including for industrial use, which appears to be enough to meet current demand.

This week, the government allocated 6,822 tonnes of liquid oxygen per day to 20 of the country’s worst-affected states, compared to their combined demand of 6,785 tonnes, Prime Minister Narendra Modi’s office said on Thursday.

India’s total medical oxygen demand was just 3,842 tonnes as of April 12, as the surge in cases really took hold.

States are typically allocated supplies by an inter-ministerial group of bureaucrats mandated to monitor and facilitate the flow of essential medical kit during the pandemic.

Modi’s office has noted that the availability of liquid medical oxygen had increased by about 3,300 tonnes in the past few days, with steel plants and other industrial units diverting their production.

as of today industrial use of 02 is completely prohibited by the government.

government has activated Indian railways to move multiple tankers from refilling plants to where it is most needed.government is also using the Air Force’s cargo planes to fly empty tankers to production hubs. Refilled oxygen tankers will then move back by road.updates are there that armed forces are importing 23 mobile oxygen generation plants from Germany.The government has issued orders to convert argon and nitrogen tankers into oxygen ones.

in the mean while, industru leader with infrastructe and capablity reliance has started producing and providing FREE Medicinal grade 02 to various medical facilities across the country and mainly in maharastra and gujrat and with all this effort Reliance becomes India’s largest producer of medical grade liquid oxygen from single location.At its refinery-cum-petrochemical complex in Jamnagar and other facilities, RIL now produces over 1,000 MT of medical grade liquid oxygen per day or over 11 per cent of India’s total production – meeting the needs of nearly every one in 10 patients.
Traditionally, Reliance is not a manufacturer of medical grade liquid oxygen.”For me and for all of us at Reliance, nothing is more important than saving every life as India battles against a new wave of the Covid-19 pandemic” said Mukesh Ambani, Chairman and Managing Director.”There is an immediate need to maximise India’s production and transportation capacities for medical grade oxygen. I am proud of our engineers at Jamnagar who have worked tirelessly, with a great sense of patriotic urgency, to meet this new challenge,” he said.

since global report is published from gorakhpur we tried to reach a local manucacturer and distributor about there views as due to logistics constraints local and regional players have a important role in the oxygen supply chain.

Mayur gases Pvt limited located very near gorakhpur in maghar has been supplying industrial and medical gases into near by locations in up bihar and nepal. A dedicated ASU plant with which Since inception the unit has focussed on the overall demand in nearby markets and has acted accordingly. During crisis hours two 20 kl tanks were installed at there primeses, if enough liquid is being provided then the combined production of cylinders from ASU and refilling unit will stand at 1800+ cylinders.
though one container was dedicated to liquid nitrogen but now being converted into a O2 container.Company plans to soon acquire a liquid transport tanker for smooth procumbent of liquid o2.
told MK Agrawal (director operations) in a short interview with our portal. further he added that there is a lot of pressure from the authorities and literally and unofficialy our plant is taken over.
all gas filled here is being supplied to gorvernment medical facilities nearby in the area of mainly basti skn and siddhtahth nagar, althoug some supply is being send to gorakhpur but its very limited in quantity.
‘we are helpless’ since inception our supply base was located in gorakhpur but we cant even help ever our own people, told mr vk agrawal managing director mayur gases. through our sister concern shree balajee traders, a major portion of medical facilities in gorakhpur were being covered.
but today in this situation we are unable to do so. the process of plant management and distribution shold be handled by by plant operetors themselves instead of officials trying to take over the whole prrocess, hefurther added. regular maintence of ASP plant is also an issue.

Medical gases are regulated both by the Central Drugs Standard Control Organisation (CDSCO) and the Ministry of Industry and Commerce, which PESO comes under. Earlier, no governments were actively involved or monitored the supply of medical oxygen to hospitals. Hospitals contracted suppliers directly, who would then deliver it every two to four days or whenever stocks needed to be replenished. However,since the nationwide lockdown was first announced in March 2020, the Empowered Group 2 — one among the several other empowered groups — was formed under the Ministry of Home Affairs to monitor and ensure availability of essential medical supplies, including oxygen. This is why states must appeal to the central government for allocations and state themselves are monitioring the demand and supply

India’s largest industrial and medical gases major Inox Air Products has reached the maximum production capacity of medical grade oxygen during these trying times for the country.”We are producing a total of 2,000 tonnes per day of liquid medical oxygen, which is almost two-thirds of the country’s total requirement,” Siddharth Jain, Director – INOX Air Products told

The normal pre-Covid demand for liquid medical oxygen was 700 TPD across the country. During the first wave of the pandemic last year, the demand of LMO increased by up to four times to 2,800 TPD. Furthermore, with the resurgence of the second wave, the demand has gone up seven folds of the pre-Covid levels up to 5,000 TPD. “While, we hope that the spike in cases is arrested, the success of oxygen therapy in Covid treatment would mean that there will be a sustained demand of LMO in the months to come,” he said.However, despite high production, the real issue in the availability of LMO to hospitals was due to transportation bottlenecks such as limited fleet of cryogenic trucks.

“There are about 1,171 cryogenic tanks in the country for oxygen, and another 800 for nitrogen and argon. Tankers have varying capacities, from 2 metric tonnes (MT) to 30 MT. We are in the process of converting nitrogen tanks into oxygen tanks so we can ease the supply crunch,” S.D. Mishra, nodal officer of oxygen supply for Covid-19 at the Petroleum and Explosives Safety Organisation (PESO),told reporters.

one thing for sure with govt planning of coming up with 551 PSA plants across various medical facilities all across india along with numerous private attempts to reap in with current demand, the situation for variuos existing oxygen producers and distributers will not that be bright, once demand saaturates, heavy competion between suppliers and lack of demand will not look that too good. already its suggested that India’s severe medical oxygen supply crisis is expected to ease by mid-May, with output rising by 25% and transport infrastructure ready to cope with a surge in demand caused by a dramatic rise in coronavirus cases.

Is there a global shortage of medicinal grade o2 ?

hope you all find this report intresting and informative and pls if you like it do share with others also.

11 Offbeat Places to visit in Himachal Pradesh during winters.

10 Celebrity’s who faced the heat of law after SSR Suicide & the follow up Case on Drug Use.

6 Celebrities who chose the path of Spirituality over Bollywood in recent Years.

how long will this kisan movement will survive ?? 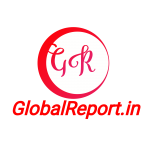 GlobalReport.in- Be Part Of It. - Nazar Har Khabar Par| Global news - India News - UP News - Purvanchal News - Gorakhpur News | Our nation comes first for us, dedicated to preserving restoring - legacy & heritage & building up a better tommorow. News Analysis in Hindi & English, Editorials on topics that matter, informative & educative write up's, guests posts from featured writers, tech news, finance & business news, Bollywood news & Much More. | GlobalReport.In is a initiative by Venture9.In| A team of bloggers & writers. We brings latest global & local news, articles, views & opinions on all topics. We Believe in " Vocal For Local " & We Promote Make In India - Made In India & Made For The World.
Contact us: globalreport.in@gmail.com
© 2020 GlobalReport.in - All Rights Reserved. I Venture9.In I Latest Hindi News
error: Content is protected !!
MORE STORIES